IT'S MARCH ALREADY?
leave a comment (0)
I usually have trouble keeping up with what year it is (I'm only now seeing a decrease in my making the 2012 error), but the month? I can't believe it's March already. Two months already knocked down, at March seems to be looking to blow by just as fast. To be honest, the biggest thing for me in the past week and a half is really just how warm it's getting; I finally don't have to wear my swallowing parka.

The past six months have been pure insanity. I personally feel like I'm a bigger fan of having the upmost control over my life than others in general, and I really went through a period where I lost just that. Between physically, mentally, emotionally, and financially; I've been in a whirlwind. To look back on it, since for the most part I feel like I'm out of the eye of the storm, 2012 was really a reminder for me that I don't run things. No matter what happens, circumstances can (and usually will) throw you for a left. The most important thing is just learning how to get your ducks back in order as soon as you can.

The biggest thing about March, is that English post-secondary education applications are due March 1st. After leaving Nursing just before mid-semester due to complete overstress (not to mention trying to keep a smile on my face while feeling like I was drowning), I sort of had my heart set on not going back to school. Nothing really interested me enough in the pamphlets, especially when I realized how many general education courses were mandatory compared to the few I'd already done. An ex-coworker talked to me about the linguistics courses she was taking at university and to be completely honest I was amazed. So I've reapplied. I dropped off all my documents in a neat little folder at the admissions counter at Dawson in hopes of getting in to their Languages program (which is pre-university!!), which is only two years long in return for a diploma in Modern Languages Spanish and German at a Level Four. Spanish, I'm not worried about. German? Eh. The wild idea is that after that, maybe I'll even go to Concordia for Creative Writing with Honours. But, that just might be me getting ahead of myself. I'm still working on not thinking about my life in terms of five year divisions. I really hope I get accepted!

In the meanwhile, I'm still working on things. This isn't a back burner project! I've got a bunch of drafts loaded up here that haven't been touched in a while, which I'll probably be queuing soon. On that note, shoutouts to whoever is hitting me up from Marietta, Georgia! Seriously appreciate you consistently checking back; comment or e-mail me so I can thank you personally!

Anyways, but yeah I've got a few things to spruce up around here. I can't bear to part with the layout, despite wanting to change it. Be on the lookout for an iPhone 5 case giveaway! I headed downtown Friday and picked up a few things, more shoes and books. Especially now that I'm not in school and have time to do things, I'm trying to honestly take advantage of that by reading more than usual. I'm keeping my personal library (working on 100+ books!) sorta organized with GoodReads, which is pretty awesome for keeping track of my reading habits and my reviews. Having a few novels in between my weekly The New Yorkers are well appreciated! I'm also working on my wardrobe, tryna ease in some spring things into my closet as the weather gets warmer. I was lucky to get the last pair of Nike Dunk Sky Hi in green, and they're EXTRA comfy. I'm not a heels person, but these are completely comfortable and barely feel like I'm not wearing regular Dunks. I'm seeing a lot of mixed reviews about people thinking they're just a step above the bootleg Nike stilettos, but they're so cute I couldn't resist! Oh, and I got more vinyl too. 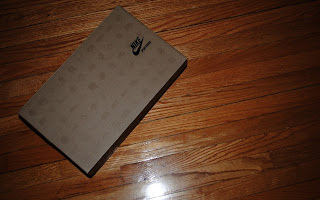 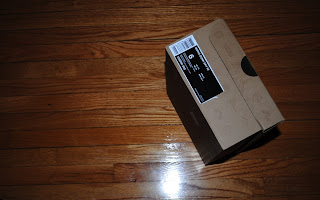 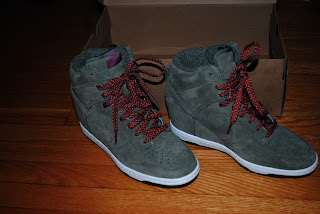 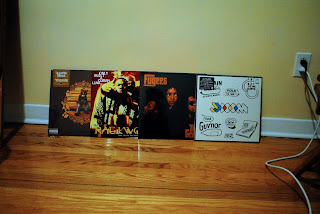