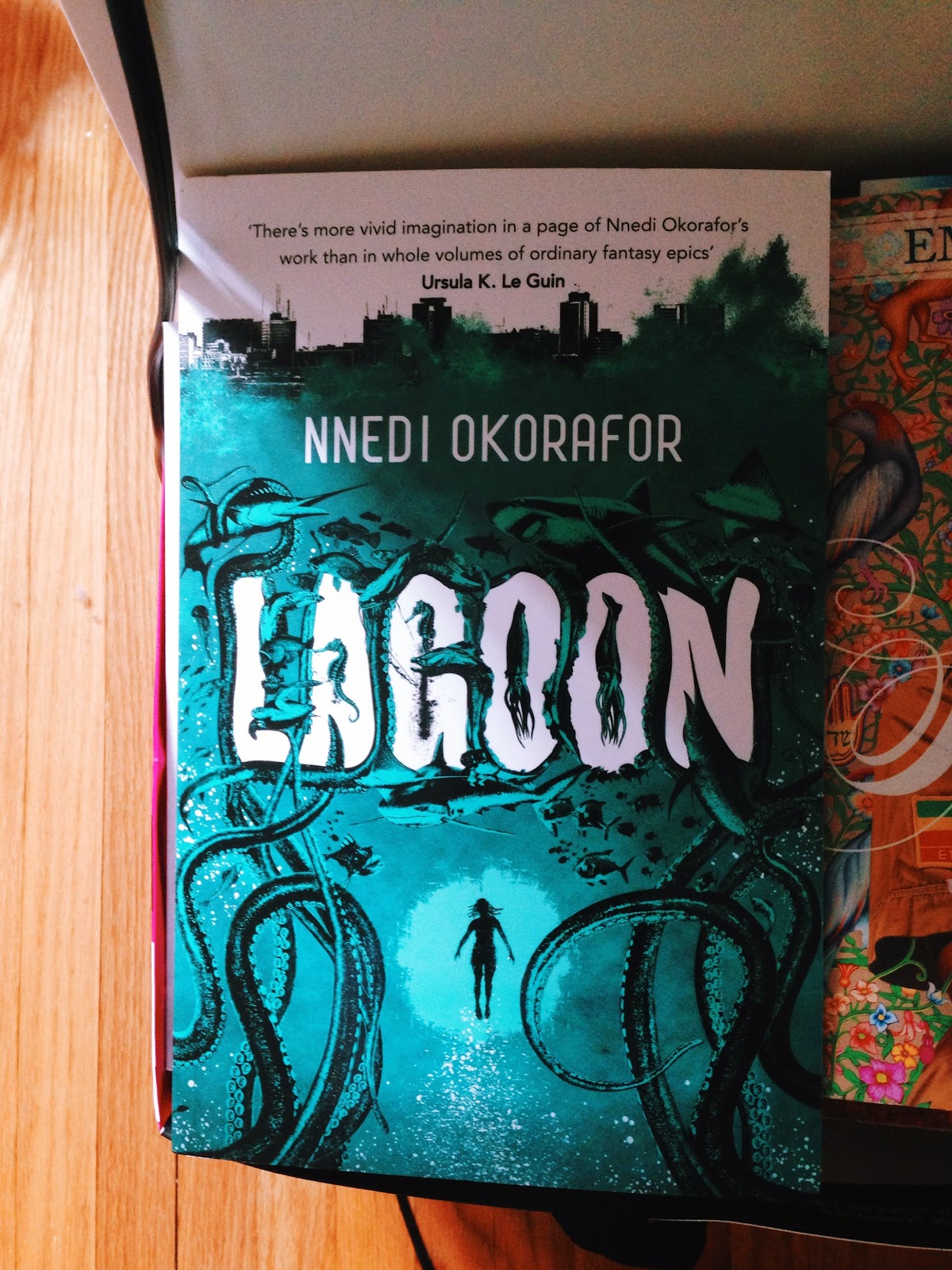 It’s perhaps an odd thing to say, but I’m really jealous of New York and more recently Los Angeles for their alien encounters. Why don’t they ever visit Montreal? Are they intimidated by the OLFQ? Do they have a hard time digesting melted cheese curds or sitting out on terraces? As Canadians (because yes, we are still apart of Canada…) are we too polite to provoke an attack? Or, this must be it, does our heavy snowfall at a moment’s notice remind them of the planet their fleeing from?

All of that to say, Lagos is a new spot for alien activity. Lagos, Nigeria is definitely not what I’d figure a setting for the next extraterrestrial encounter, but Nnedi Okorafor makes it work. Considering that the last major time the people closest to the shores of what is now Nigeria came in contact with “others”, slavery happened, Lagoon is a much more positive tale.

Okorafor puts together a marine biologist who has a husband who’s just asking to be shot at point blank range, a rapper with an actual real power for touching people, and a soldier who’s about to go AWOL after attempting to break up an assault perpetrated by his commanding officer, on a beach within minutes of the first wave of alien arrival in the waters right off of Lagos. These three and their new alien friend take Lagos by storm (literally at one point), and the dramatic changes that follow cause everyone to take a good look at themselves and their relationships with others. Mixing folk tales, a little bit of magic, and hysteria caused by hearsay, Okorafor is brilliant.