A DAY IN SEOUL!
leave a comment (0)
*sidenote! i've been too busy to keep these in chronological order, so bare with me.

After spending most of the day inside, Marta and I got bored in Cheong-ju and decided to head over to Seoul for the rest of it. But first, we had to get food. 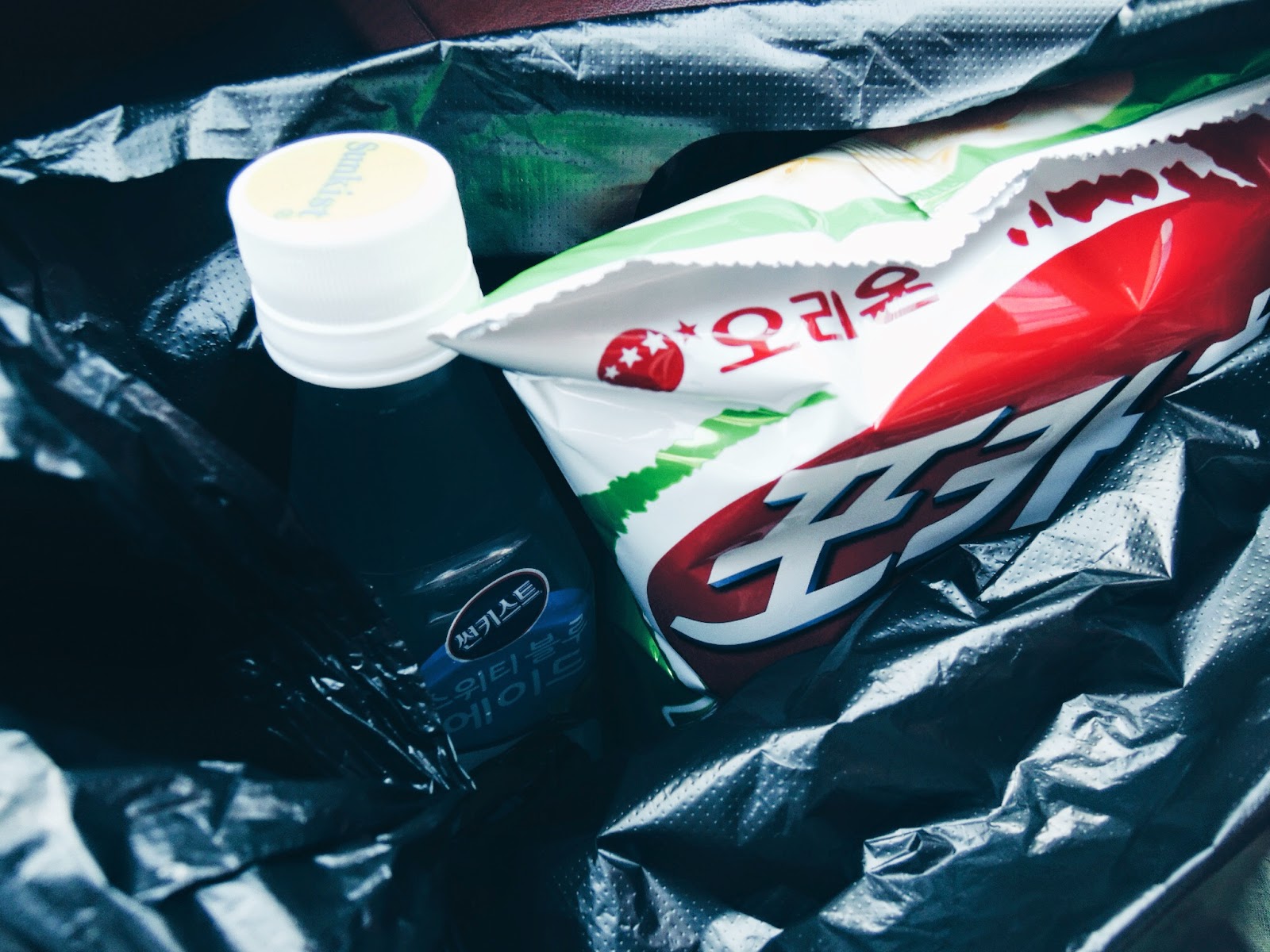 Although we have spent a good amount of time in restaurants, bodega food has been keeping us going. I've fallen in love (read: become obsessed) with blue lemonade, the current craze in South Korea. Paired with onion chips, Marta didn't think it would be enough to keep me, so she also suggested we'd get Gimbap (김밥) as well. 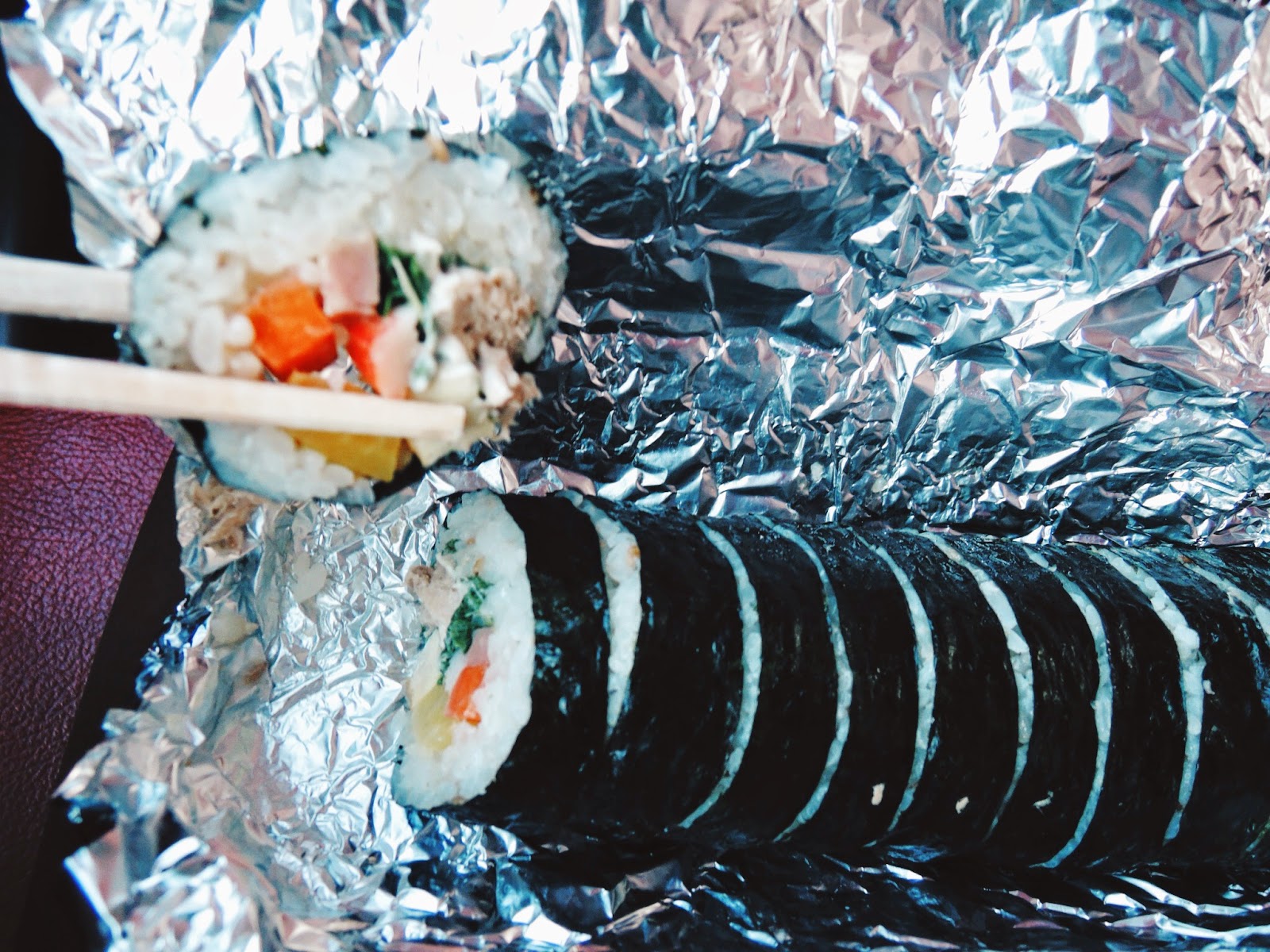 At first I was a little apprehensive to be honest, but I'm glad I got a roll. For 2500₩ (2.50$USD) you get one of these lovely rolls made of sticky rice, seaweed, tuna (that's made the way you would with mayonnaise for a tuna sandwich), carrots, cucumber, lettuce, and pickled yellow radish. It doesn't look like much, but by the time I was finished I was stuffed and fast asleep within twenty minutes.

The Seoul metro is amazing. Think of all the top ones in cities like New York, Paris, and London, and Seoul's network stands with the best of them. If you can handle any of those three systems, then you can definitely handle Seoul's underground. Filled with arrows and maps in Korean, English, Chinese, and Japanese, their metro system is easy for big city-seasoned travellers who might not have perfect Korean. I would suggest that you study their metro map a little bit before heading out into the middle of it, just to have your bearings. They have little kiosks like the one below where you can purchase single tickets or put money onto a card and use that instead, sort of like how it's done on the tube. However here in Seoul, prices differ between zones and station stops, so having a card filled with money beats having to go to a fare adjustment kiosk. 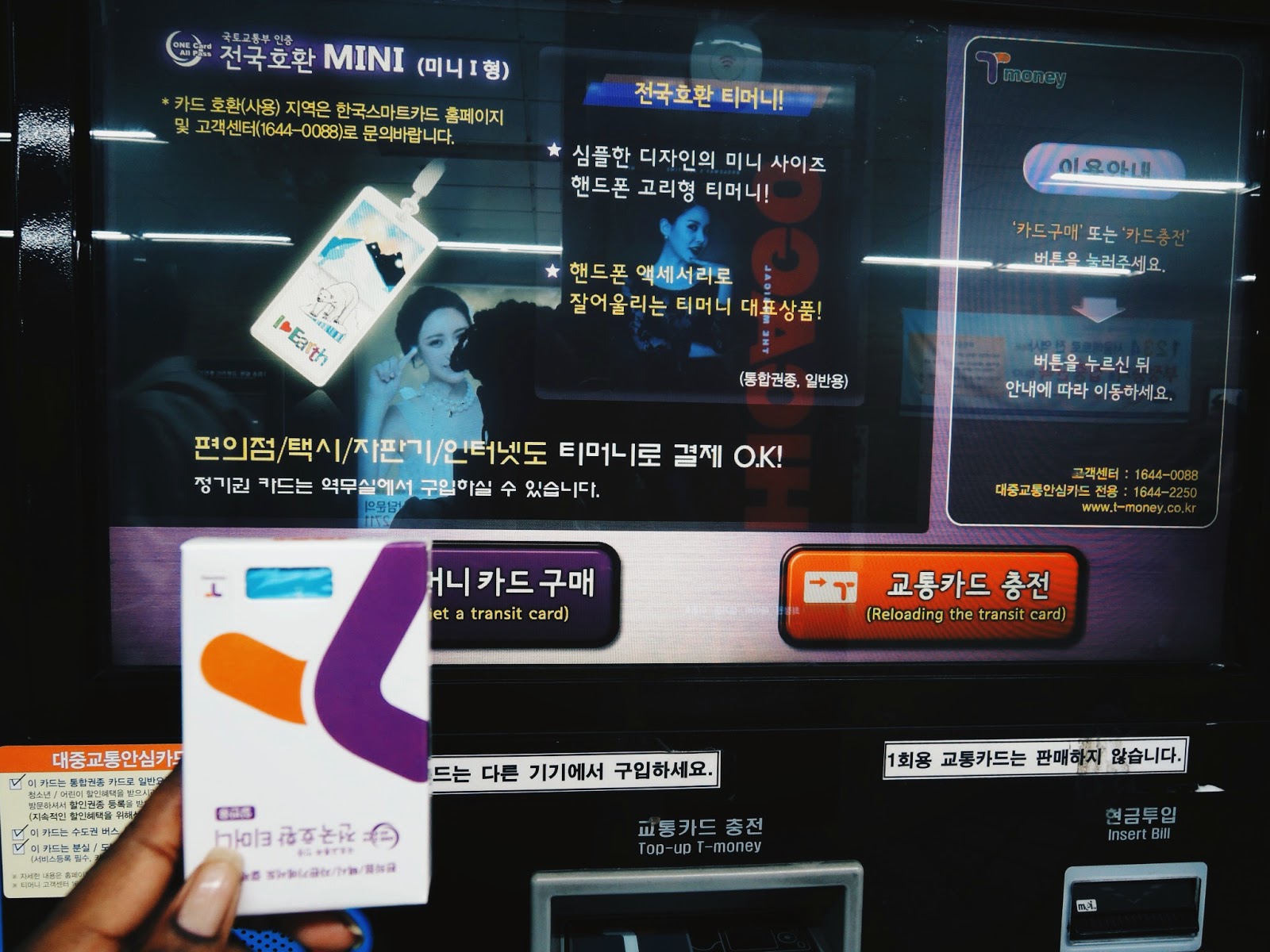 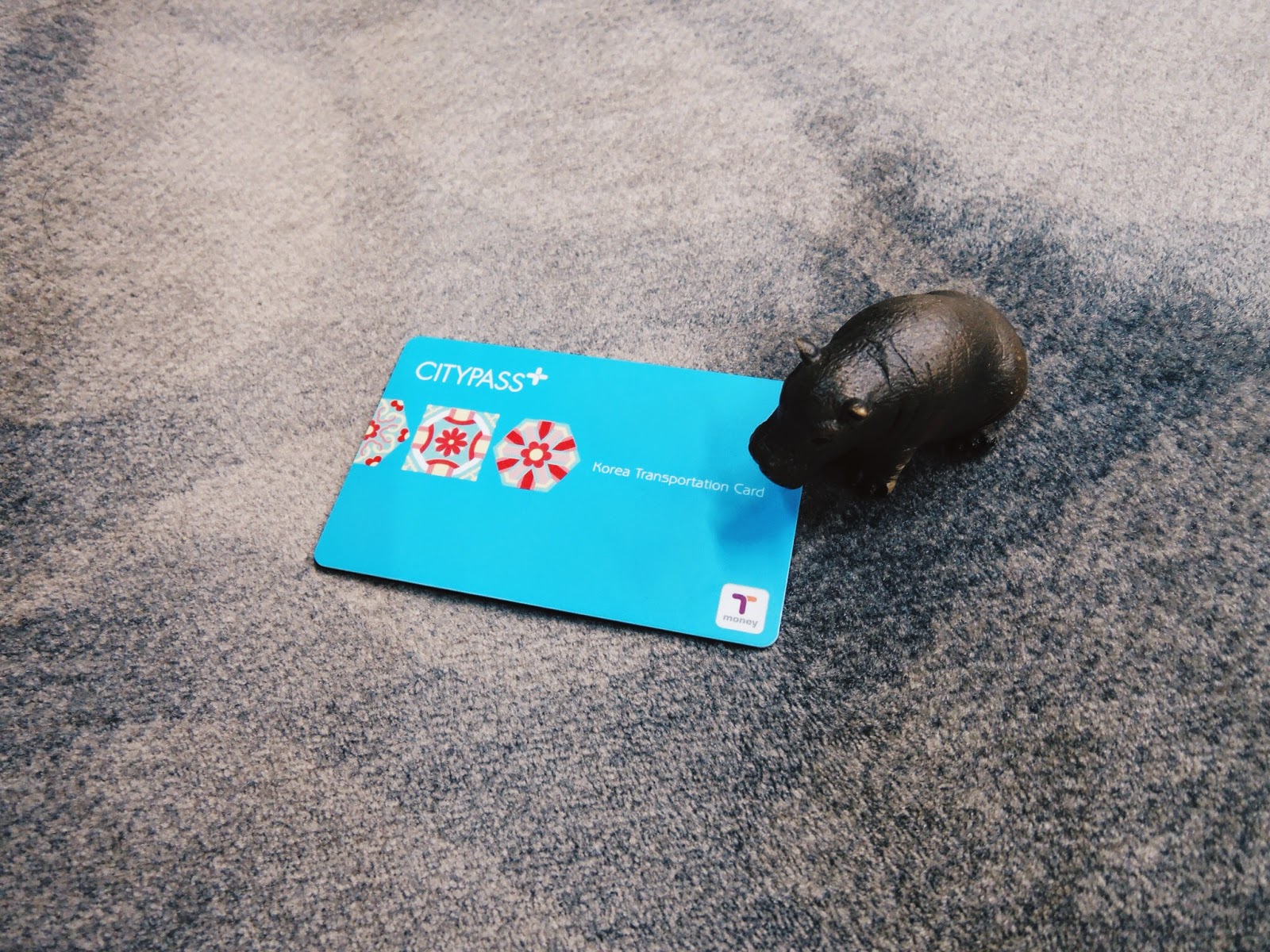 george really likes the cloth padded seats on the subway and my shiny new blue pass.

Once we had our passes, we were on our way to Insadong! It's a very artsy neighbourhood and the first two streets about are quite the tourist attraction. Everything from antiques to souvenirs can be found here, and we definitely picked up some nice things. Also, more great snacks. 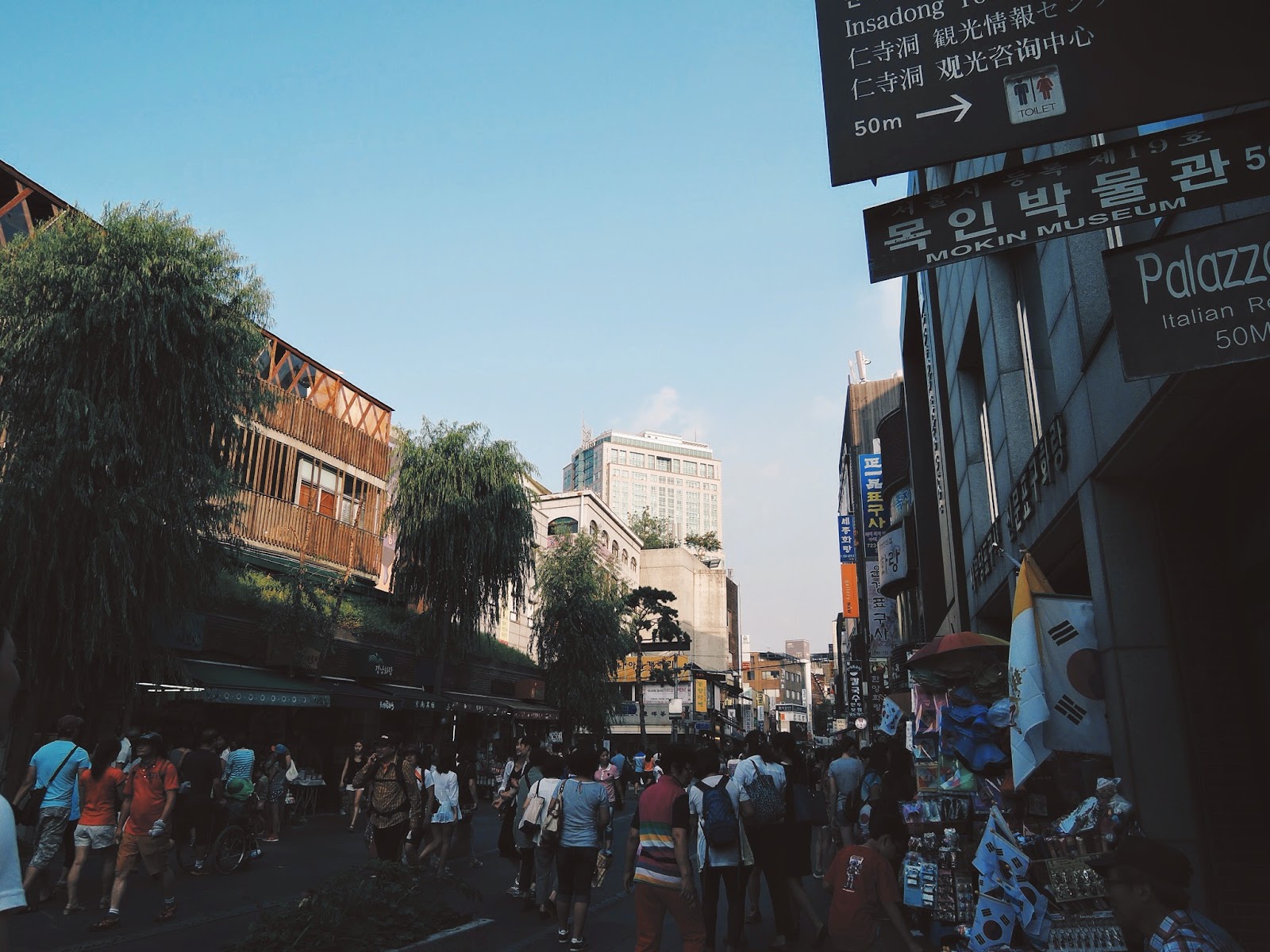 My favourite thing about their subway are coin-lockers. This is brilliant. I feel like this isn't big in the West because of vandalism and potential for theft, but here it works. Put money in or use your same subway pass as a money device (!!!), open a locker, put your stuff in, create a pin code, close it, and come back before the metro closes for the night. An equally important subway feature are the super clean and modern bathrooms at what seems to be every station. I can't see that working even in Montreal. 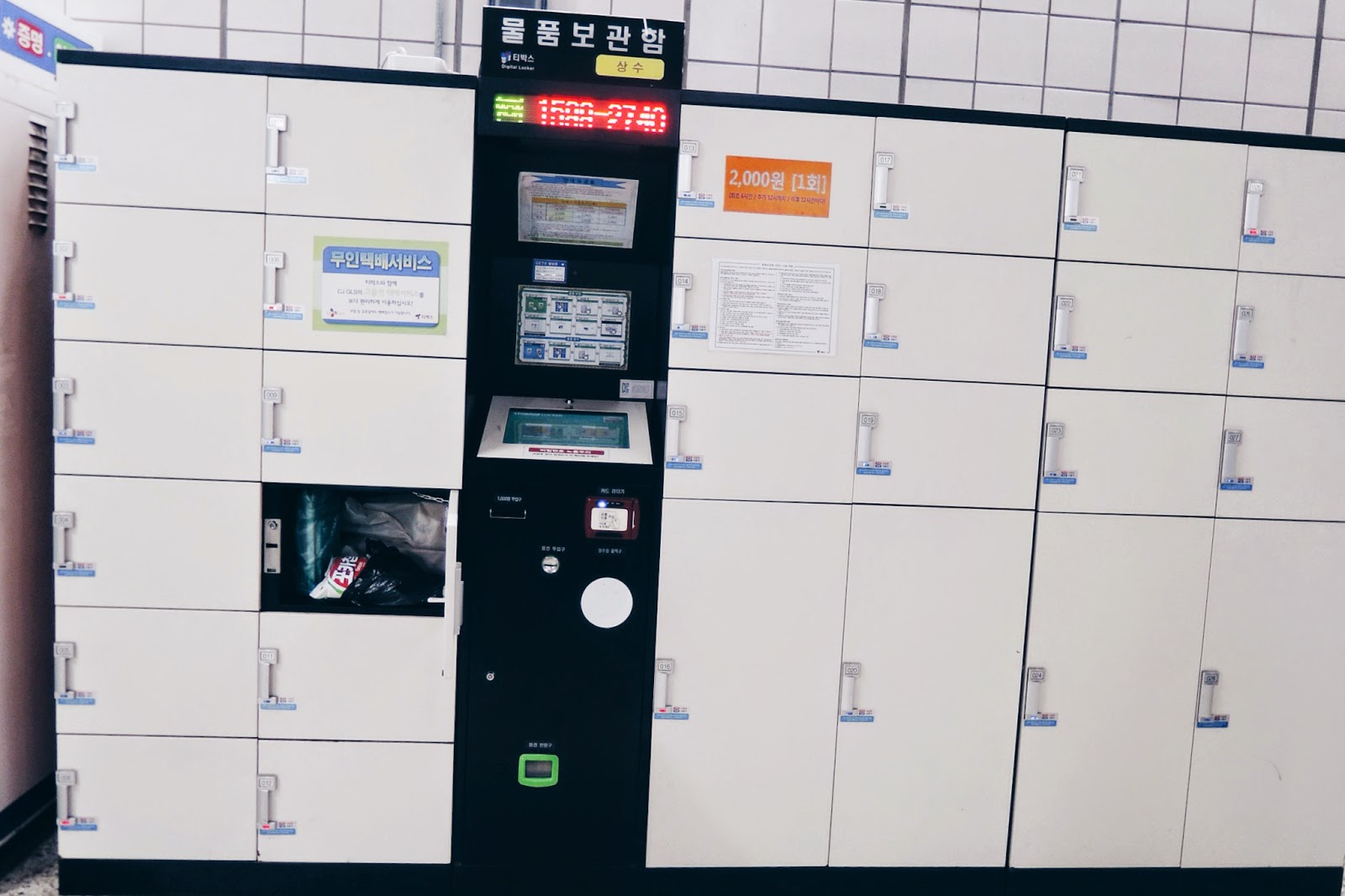 And these cans are cool. 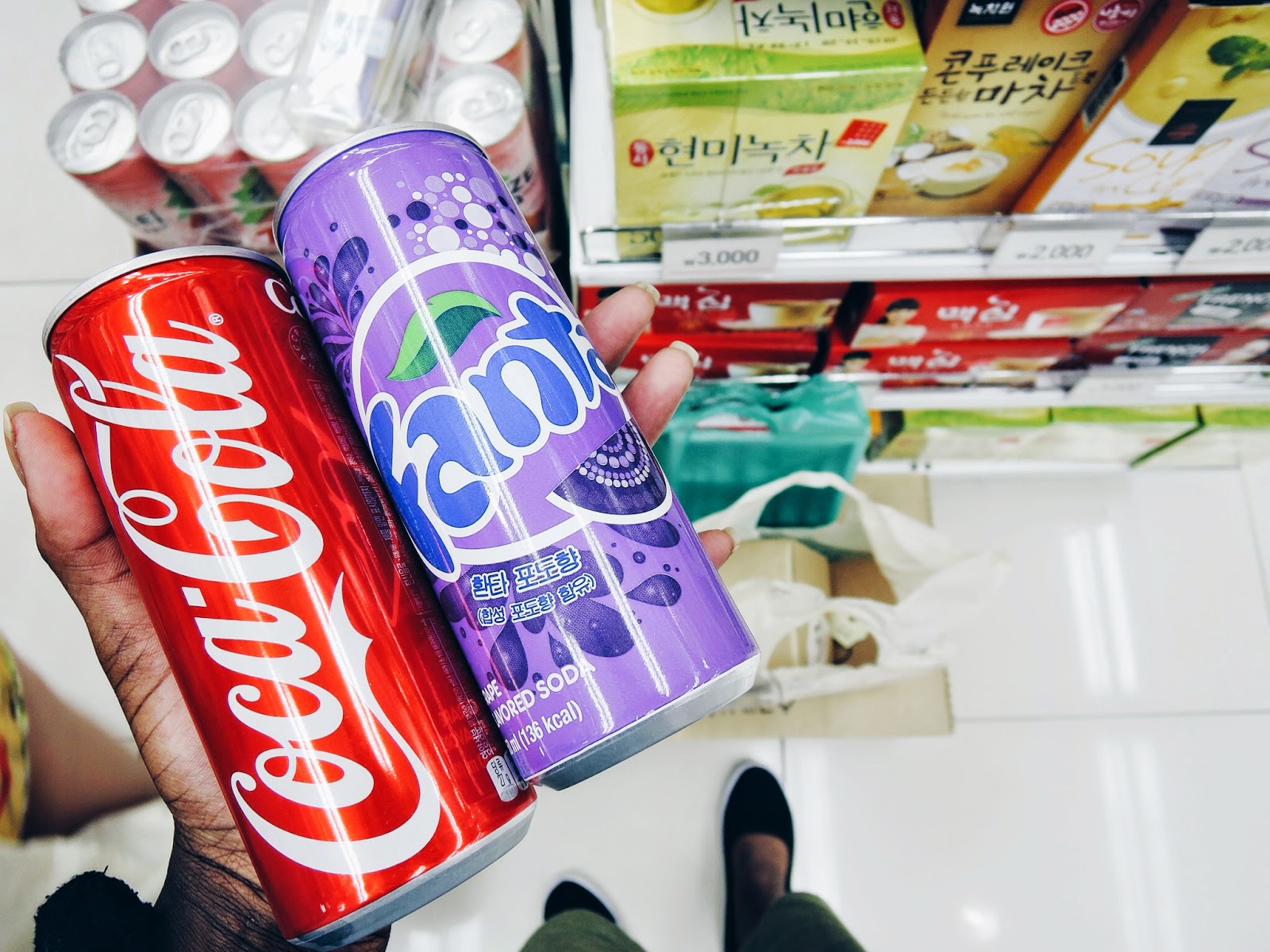