IF I CAN LEARN THIS PANTSLESS AND IN BED, WHY DO I PAY AND GO TO SCHOOL?
leave a comment (0) 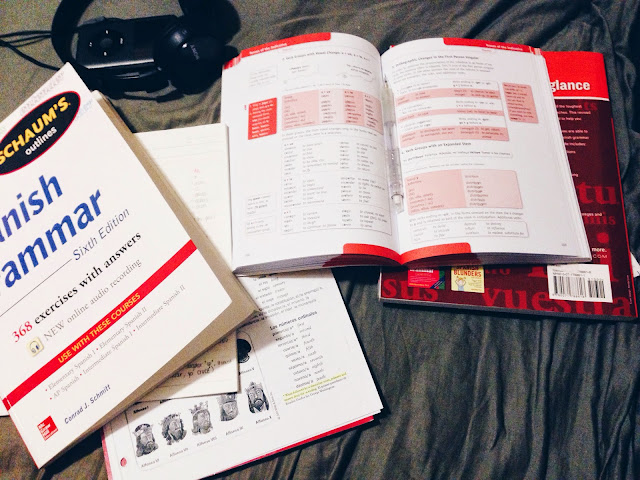 I don't want to go so far as to say that I regret starting over at Dawson, because I did have some really great experiences and met many amazing people, but I think it's time I close this once and for all. I cannot explain the way higher/post-secondary education works here without getting frustrated, but I'll try. High school in Quebec is five years, grades 7-11. We have very few middle schools and no grade twelve. You begin something called CEGEP (what we refer to mainly as college), which can be three years of "college" basically towards what I guess would be the American equivalent of an associate's degree, or two years of pre-university courses which would be more like doing your prerequisites at a community college before moving to a bigger institution. Then once you're done there, you can move on to universities like McGill or Concordia.

I'm ready to move on already.

I've spent a lot of time "wasted". The nursing education I did and the Linguistics basics have not been a waste. Everything else though, all those extra general education classes? Biggest waste of time. You can't graduate without them, and I have no use for them. No one is ever surprised when I tell them that I'm currently in a linguistics program, but it's always awkward when I draw a blank when I verbalize that I have no idea what I'm getting this degree for. How much sense does that make, that I'm waking up at 06h30 most mornings to go to classes that start in two hours, that I have no immediate use for?

By the time I'm thirty, I want to speak ten languages, at varying degrees obviously. English, French, Spanish, German, Japanese, Brazilian Portuguese, Russian, Italian, Arabic, and Greek. Why? So that I can travel. I don't know how I feel about translation work. I just want to learn these other languages I've been hearing for years. I don't have to grumble through this to get certificates or expand my knowledge. If there's anything I've learned this semester, is that I'm perfectly capable of teaching myself. To be honest, I've learned more by heading over to open markets, foreign film theatres, and going to conversation groups than trying to memorize things for a test when I'm going to forget it the next day.

I'm going to finish this semester, as strongly as possible. It's definitely been a rough one coming in a little late from off the runway, but it's almost over. It'll be nice to turn off and start another yoga marathon in December once school is over. I'm thinking about applying to Concordia University for a program called Independent Studies, which I can only do in 2016 because of admission restrictions. I'm not sure if I've got it right, but it seems like you can just take university courses for a little while without a set degree or major, which interests me greatly. I probably won't make the open house on November 8th, but luckily for me they're coming to my school tomorrow after my morning class for a meet and greet kind of thing.

I wish I still had this little calendar I made when one of my mother's bosses asked me what I was going to do when I was older. I literally drew out the seven days of the week and had a different job for each day; everything from being an artist to a doctor to a masseuse. I still feel the same way. I can't see myself with a career. I don't need to have a career. I'm not going to spend my twenties hating life because I might want a career in the future. That's just stupid.